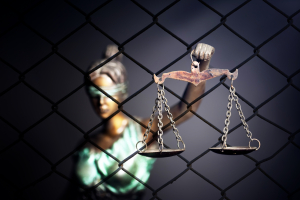 The United States of America has the largest prison population in the world. Research shows that U.S. prisons and jails housed 2.2 million people at the end of 2016. The number of wrongfully convicted inmates could be in the tens of thousands.

Racial injustice is commonplace in the United States. African Americans make up 13.4 percent of the U.S. population, but account for almost 40 percent of the prison population. According to research out of Michigan State University, innocent people of color are 12 times more likely than whites to face arrest and false imprisonment for drug crimes.

African Americans account for 50 percent of wrongful convictions involving murders. According to the National Registry of Exonerations (NRE), people of color are significantly more likely than whites to be charged and then exonerated for murder or sexual assault crimes. In addition, the NRE found that African American inmates had to wait longer to be exonerated than white inmates.

Other Causes of Wrongful Convictions

Other reasons why a person may be wrongfully convicted include:

A wrongful conviction lawsuit may lead to a multimillion-dollar settlement or verdict. Grant & Eisenhofer civil rights attorneys are available to answer your questions and give you a free consultation to determine if you have a case. Call us at (855) 244-2031 or use our online form to schedule a free consultation.